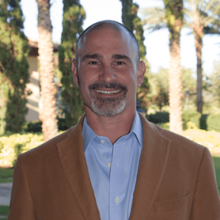 Robert Senatore is a seasoned Veteran with more than 25 years in the Telecommunications industry. Robert is currently Managing Member and President of Zirrus Group, LLC, DBA Data2Go Wireless. Previously, Robert was the Founder and CEO of Direct Communication Solutions (DCS). Under Robert’s leadership, DCS became the largest reseller of embedded modules for Telit Wireless in North America. During his tenure at DCS, Robert successfully lead negotiations that resulted in the largest fleet technology modernization project to date for the NYC Taxi and Limousine Commission, encompassing more than 25,000 taxi cabs over a 3 year period, while securing a multimillion dollar contract for Sprint. Prior to founding DCS, Robert served in several sales and sales leadership roles within the Sprint Enterprise and Wholesale organizations, where Robert was a consistent top producer. Robert is also very involved in his family and community. He has been a Division Director and Director of Sponsorships for City of Parkland Baseball. He has coached Flag Football in Parkland, Florida for the past 7 years. Robert is also a graduate of Florida State University.

All Sessions by Robert Senatore

Tech Together: How Emerging Technologies Can Safeguard the Food Supply Chain

Emerging technologies such as artificial intelligence, blockchain, drones and internet of things are already being used to protect our food supply. Evaluate these new technologies and their appropriateness for your organization. Gain critical insight into: